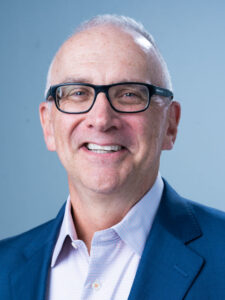 Sandy Selman is a highly experienced financial executive with deep domain experience in technology and innovation. He has several technology start-ups to his credit, including CPROP which is developing a digital asset security exchange for commercial real estate-backed security tokens.  The benefits of this exchange include democratization, improved liquidity, improved transaction speed and reduced costs – all with the utmost level of cyber and transaction security.

Mr. Selman previously founded the Asia West Environment Fund LP, an early-stage venture capital fund with a unique focus on investing in privately-held companies in North America and Europe possessing proprietary technology that is commercially and environmentally relevant to China and India. Over a 9 year period, Mr. Selman’s portfolio companies endured the difficult transition of scaling their businesses from bench-scale technology “experiments” to viable global enterprises. As Chairman of three of his portfolio companies, Mr. Selman guided his management teams over an often bumpy road to cash flow breakeven and beyond. Managing these transitions required Mr. Selman to assume operational control as CEO during particularly challenging times to design and execute a turnaround or restructuring of the business.

Prior to Asia West, during his industrial and investment banking career, Mr. Selman specialized in developing and financing a diverse range of industrial and infrastructure projects with a particular focus on energy and the environment. He arranged approximately $1.5 billion in project, trade and lease financing serving as financial advisor to governments and private sector clients in North America, Latin America, China, Indian sub-continent and Eastern Europe.

Mr. Selman holds a Master of Business Administration in Finance and Investments from The George Washington University and a Bachelor of Science in Mechanical Engineering (with Distinction) from Worcester Polytechnic Institute. 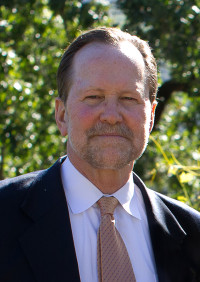 Richard McCombs has over 35 years of professional experience, the majority of which has been in executive-level management positions. He served as CEO or President of MBA Polymers, Inc. for twelve years and led the Company from an early-stage, pre-revenue company with unproven technology to a global enterprise with commercial manufacturing facilities on three continents utilizing MBA’s revolutionary plastics recycling technology.

Mr. McCombs was responsible for negotiating, constructing and commissioning MBA’s first commercial facility in China in conjunction with a Chinese joint venture partner, hiring the Chinese Managing Director and together, developing a customer network including leading global electronic OEMs. Mr. McCombs then repeated these steps for MBA’s European plants in Austria and the UK. In order to support this expansion, Mr. McCombs raised seven rounds of private equity financing from some of the largest VC/PE firms in the world.

Prior to MBA Polymers, Mr. McCombs was CFO of a publicly-held company and started a joint venture in the rice industry in Vietnam. This company grew to become the largest foreign-owned exporter of rice during his tenure.

Mr. McCombs earned his MBA from Stanford University and a B.A. from Amherst College.

Eric Wang has deep experience in M&A, direct investment, venture capital and private equity across multiple industry verticals. He is a veteran of post-acquisition integration with hands-on success on JV and WOFE management. He has been based in the US, Europe, Hong Kong and key cities across Mainland China.

Mr. Wang received IMBA degrees from University of South Carolina (USA) and Vienna Economic University (Austria) and a Bachelor of Arts in Accounting. Eric is married and with a daughter. He is an active golfer and university lecturer.

Vik is a seasoned venture capitalist and a Partner at Dreamers, an early-stage, generalist fund co-founded by actor Will Smith and athlete Keisuke Honda, and backed by an all-Japanese corporate LP base. Vik co-launched the firm’s first fund, which made more than 70 investments across a number of sectors in high-profile, Tier 1-led deals. Prior to Dreamers, Vik was an investor at AmFam Ventures, a $350m insurtech & fintech venture fund where he captained their agtech, mobility and blockchain/crypto practice. As a result of his collective transaction experience, Vik was invited to be the Chief Instructor of Venture Capital at Wall Street Oasis.

Prior to his MBA, Vik served as a Strategic Advisor to the Ministry of Health in Haiti and as an Analyst at the Clinton Foundation, positions in which he was trusted to represent the government to foreign embassies and development agencies, lead teams conducting highly technical scientific projects and find solutions to contain the spread of HIV and cholera in a post-disaster context.

Prior to his MBA, Vik served as a Strategic Advisor to the Ministry of Health in Haiti and as an Analyst at the Clinton Foundation, positions in which he was trusted to represent the government to foreign embassies and development agencies, lead teams conducting highly technical scientific projects and find solutions to contain the spread of HIV and cholera in a post-disaster context.

Vik graduated from the University of Chicago’s Booth School of Business with an MBA and Washington University in St. Louis with a Bachelor of Arts degree in Biology and a Minor in Spanish.